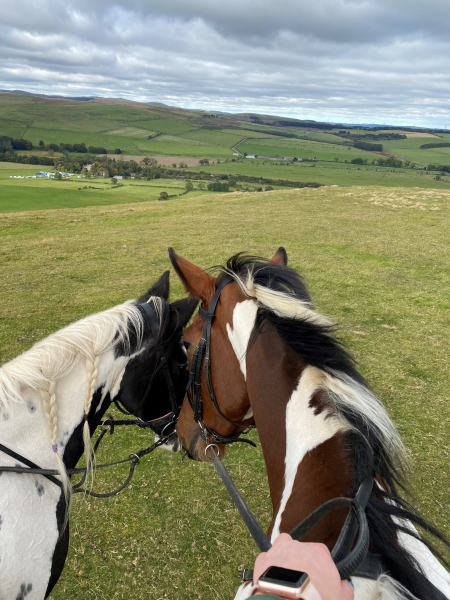 It’s been a long time since I felt like I actually had space to sit down and write a blog. COVID has a lot to answer for! The last time I wrote one, Merlin was just recovering from a potentially career-ending injury in June 2020 which feels like such a long time ago now. He really came back from that with a bang. 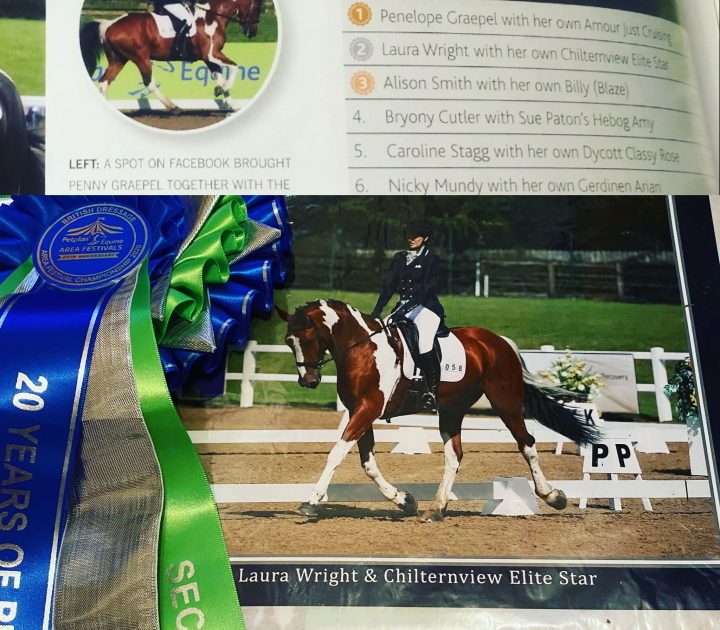 The National Championships were rearranged for August and we also managed to secure a wild card for the Regional finals as well as competing in the Petplan Finals. Merlin was a total pro as always, having never really been to a big championship show before. We competed in the Winter National class first where he felt tense and worried but held it together to score a very respectable 70.34% to finish 6th. He then went into the Petplan Final class and scored 71.25% to finish 2nd. I had no expectations of even being placed so to finish top 10 in both classes was just surreal and to be reserve national champion felt very special. He really is a one in a million.

Since then we have been cementing our training at Elementary level, competing at various shows and he is now consistently scoring 68%+ at that level. We have the Summer Area Championship this weekend coming at our local venue Alnwick Ford (which is fab if anyone is looking for a new venue!) so hopefully he will do well there. We also have some BD training coming up in July which is towards our application for the Senior International Teams – fingers crossed he’s good enough to get on them!

Training wise, we’re keeping it varied and making the most of the lovely summer weather with lots of hack with friends. I’m hoping to move up to medium level soon so we’re having lots of lessons to try to consolidate the half-pass and pirouettes needed for that level. Merlin is coping well and seems to have become more mature and stronger over the winter.

He did have some time off in January due to being diagnosed with ulcers. The treatment has been successful and he is now clear, and just needs gastric comfort in his feed twice a day to hopefully keep them from returning. He is also very carefully managed, for example always coming in for feed before being ridden, not being on too much grass and having a low sugar diet. So far it seems to be working!

This website uses cookies to improve your experience while you navigate through the website. Out of these, the cookies that are categorized as necessary are stored on your browser as they are essential for the working of basic functionalities of the website. We also use third-party cookies that help us analyze and understand how you use this website. These cookies will be stored in your browser only with your consent. You also have the option to opt-out of these cookies. But opting out of some of these cookies may affect your browsing experience.
Necessary Always Enabled
Necessary cookies are absolutely essential for the website to function properly. These cookies ensure basic functionalities and security features of the website, anonymously.
Functional
Functional cookies help to perform certain functionalities like sharing the content of the website on social media platforms, collect feedbacks, and other third-party features.
Performance
Performance cookies are used to understand and analyze the key performance indexes of the website which helps in delivering a better user experience for the visitors.
Analytics
Analytical cookies are used to understand how visitors interact with the website. These cookies help provide information on metrics the number of visitors, bounce rate, traffic source, etc.
Advertisement
Advertisement cookies are used to provide visitors with relevant ads and marketing campaigns. These cookies track visitors across websites and collect information to provide customized ads.
Others
Other uncategorized cookies are those that are being analyzed and have not been classified into a category as yet.
SAVE & ACCEPT